We’re delighted to announce we are working with Vernon Lacey on his lively “Barcelona” series of memoirs! 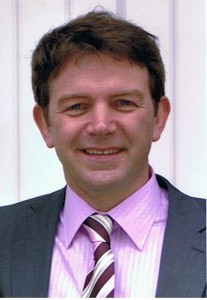 Vernon is a teacher, guitarist, DIY hobbyist, and cycling fanatic. After a short career teaching in England, he set off for Barcelona where he worked in an international school. The experiences of his time in the Catalan capital — his often unintentionally comic attempts to speak Spanish, looking for somewhere to live, learning about the culture and making friends — inspired his first book, South to Barcelona. Just when he had cobbled enough Spanish together to fulfil a dream of learning the language and say the magical words ‘hablo Español’ — I speak Spanish — he met and married a German woman and moved with her to Munich where they now live with their two children.

“I cannot recommend Ant Press enough. From the initial contact with Victoria who responded in a timely and personal way to Jacky’s meticulous and encouraging editing work, my experience has been totally positive.”

Vernon Lacey
South to Barcelona: A New Life in Spain