Wow! Just 24 hours after Peggy Vincent’s new book, Midwife: A Calling, was available for pre-order on Amazon, it hit #1 in two categories. And the top ten in several others.

This is the first in the Memoirs of an Urban Midwife series and we know it’s going to be just as successful as Peggy’s Baby Catcher which has been optioned for a TV mini-series.

When Peggy Vincent first found herself holding a naked baby in her bare hands as a student nurse in 1962, she never dreamed the path her life would take as a result of that accidental catch.

Told with warmth, humor, and sincerity, these tales will resonate with all those who remain as enchanted as Peggy by the unique art of giving birth. 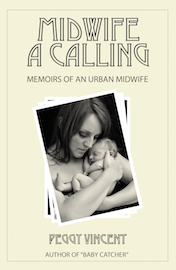 “Ant Press went above and beyond my expectations in formatting my memoir. I highly recommend their services.”